In the 1870s Greek immigrants from various parts of the Eastern Mediterranean region began settling in Philadelphia. As their numbers grew, they established the Greek Orthodox Community of Philadelphia in 1901 to provide for divine worship and to preserve the Orthodox faith and Hellenic culture. This was the sixth Greek Orthodox Church established in the United States. On February 28, 1907, the Greek Orthodox Community of Philadelphia petitioned the Commonwealth of Pennsylvania for a Charter of Incorporation, which was granted on May 10, 1907. Having raised sufficient funds, the community purchased All Saints Episcopal Church at 745 S. 12th Street on November 13, 1908. The building was converted into an Orthodox Holy Temple and dedicated to the Evangelismos/Annunciation. Many parishioners remember their earlier years at what they affectionately call “Old Evangelismos,” a safe harbor for Greek Orthodox immigrants and their offspring for over sixty years.

In order to accommodate the relocation of its parishioners to the northern and western suburbs of the city, the parish was apportioned in 1963 with some parishioners forming St. Demetrios Parish in Upper Darby, and others relocating to 504 Elkins Avenue in Elkins Park, a few blocks from the present location. On June 8, 1968, construction of the Hellenic Cultural Center began on this present site, formerly the Whitaker estate. The Cultural Center was dedicated in 1969, and the Holy Temple opened for worship on November 19, 1972, with Archbishop Iakovos presiding at the Thyranoixia (“door opening” ceremony). That day, George and Lopi Pavlis came forward to become Godparents of the Holy Temple and were given the honor of turning the key and ceremoniously opening the door.

The church architecture is patterned after the Byzantine Paleologian style of the eleventh century. The religious/cultural complex includes a fellowship hall, a dozen classrooms, a library, two parish offices and a magnificent Holy Temple “second to none in America,” in the words of Archbishop Iakovos. Demetrios Siderakis of New York designed the entire complex, assisted locally by architect Alfred Olexy. Luckens Construction Company of North Wales erected it. One of our own parishioners, a patent lawyer/ engineer, Themis C. Pailas, personally supervised every construction phase from beginning to end. His contribution of time and talent was invaluable. The religious artifacts of the Holy Temple were designed by Nicholas Ikaris of New York City, and the major iconography was written by George Filippakis of New York City and George Gleatas from Athens. The marble Altar, Baptistery, and inside and outside columns were imported from Greece.

Our beloved Archbishop Demetrios of America officiated at the blessed Consecration, or Baptism, of our Holy Temple on October 6 - 7, 2001; this coincided with the centennial anniversary of the founding of our community in South Philadelphia at the turn of the last century.

The original plans for the Annunciation complex included an attractive courtyard and parking lot area. However, over the years other projects demanded the community’s attention and resources. Ten years ago parish leadership initiated a final push to complete the redesign and paving of the parking lot (using the engineering expertise and blueprints of George E. Pappas) along with new landscaping for the courtyard to include a fountain and proskinitaria. Today we see the beautiful fruits of much planning, labor, and generous giving on the part of so many members of the Annunciation community.

By the grace of God, the Church of Annunciation/Evangelismos Greek Orthodox Community of Philadelphia has been serving as a guiding light for Orthodoxy and Hellenism in the Delaware Valley from our humble beginnings in South Philadelphia to our present location in Elkins Park.

Early priests who served our parish were missionaries. They traveled great distances between Philadelphia, Washington DC, Pittsburgh and New York to serve the needs of the new immigrants.

The following priests are on record as serving our community since 1904:

Click the title below for the story of The Original Evangelismos in South Philadelphia: 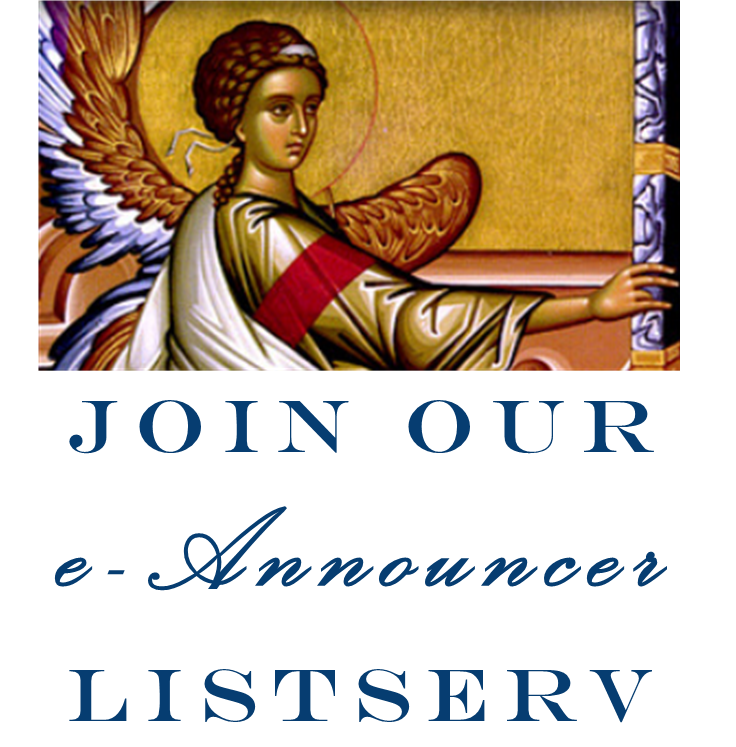