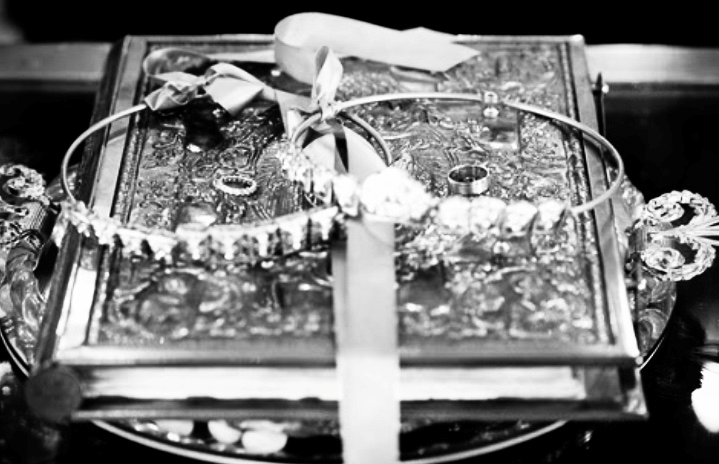 Learn About Your Upcoming Wedding

The wedding ceremony of the Greek Orthodox Church is an ancient and meaningful service that has been celebrated in its present form for centuries. The service is abundant with symbolisms that reflect marriage: love, mutual respect, equality and sacrifice.

The ceremony consists of two parts which are distinct and separate from each other: The service of the Betrothal and the Ceremony of the Sacrament of Marriage. Everything in the ceremony has a special meaning and significance, especially the repetition of each act three times to symbolize and to invoke the mystical presence of the Holy Trinity. The Wedding begins as the white candles are handed to The Bride and The Groom. These candles symbolize their spiritual willingness to receive Christ.

The Service of Betrothal

Petitions are chanted for the spiritual welfare of the couple. The highlight during this service is the exchanging of the rings. The priest then blesses the rings. He holds them in his right hand, and making the sign of the cross over their heads, he betroths the servants of God, The Bride to The Groom. The rings are then placed on their right hands, for it is the right hand of God that blesses, it was the right hand of God to which Christ ascended, and it is also to the right that those who will inherit the eternal life will ascend.

The koumbaro (religious sponsor) then exchanges the rings three times. The exchange signifies that in married life, the weakness of one partner will be compensated by the strength of the other, the imperfections of one, by the perfection of the other. By themselves, the newly betrothed are incomplete, but together they are made perfect. The rite of the betrothal ends with the priest praying for betrothal of mutual promise, officially given before the church, may prove in true faith, concord and love.

The Ceremony of the Sacrament of Marriage

The ceremony consists of petitions, prayers, the crowning, readings from the New Testament, the offering of the common cup, the circling of the ceremonial table and the benediction. At the conclusion of the prayers, the priest joins the hands of The Bride and The Groom. The hands are kept joined until the end of the service to symbolize the union and the oneness of the couple.

This is the focal point of the marriage ceremony. The crowns are signs of the glory and honor with which God crowns them during the sacrament. The wedding crowns (stefana) are joined by a ribbon which again symbolizes the unity of the couple and the presence of Christ who blesses and joins the couple and establishes them as the King and Queen of their home, which they will rule with wisdom, justice and integrity. The priest takes the two crowns and blesses The Bride and The Groom, in the name of the Father, and the Son, and of the Holy Spirit and then places the crowns on them. The Koumbaro then steps behind The Bride and The Groom and interchanges the crowns three times as a witness to the sealing of the union.

Some interpret the crowns used in the Orthodox wedding ceremony to refer to the crowns of Martyrdom since every true marriage involves immeasurable self sacrifice on both sides.

The rite of crowning is followed by the reading of the Epistle and the Gospel. The Gospel reading describes the marriage at Cana of Galilee which was attended and blessed by Christ and for which He reserved His first miracle. There He converted the water into wine and gave if it to the newlyweds. In remembrance of this blessing, wine is given the couple. This is the "common cup" of life denoting the mutual sharing of joy and sorrow, the token of a life of harmony. The drinking of wine from the common cup serves to impress upon the couple that from that moment on they will share everything in life, joys, as well as sorrows, and that they are to "bear one another’s burdens." Their joys will be doubled and their sorrows halved because they will be shared.

The priest then leads The Bride and The Groom in a circle around the table on which are placed the Gospel and the Cross, the one containing the word of God, the other being the symbol of our redemption by Jesus. The Bride and The Groom are taking their first steps as a married couple, and the church, in the person of the priest, leads them in the way they must walk. The way is symbolized by the circle at the center of which are the Gospel and the cross of our Lord. This expresses the fact that the way of Christian living is a perfect orbit around the center of life, who is Jesus Christ our Lord.

During this ceremonial walk around the table a hymn is sung to the Holy Martyrs reminding the newly married couple of the sacrificial love they are to have for each other in marriage - a love that seeks not its own but is willing to sacrifice its all for the one loved.

The Removal of the Crowns

At the conclusion of the Ceremonial Walk, the priest removes the crowns from The Bride and The Groom and beseeches God to grant to the newlyweds a long, happy and fruitful life together. He then lifts up the Gospel and separates their joined hands reminding them that only God can separate the couple form one another. 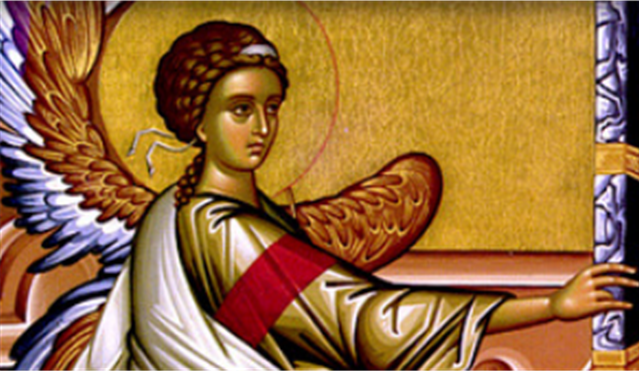